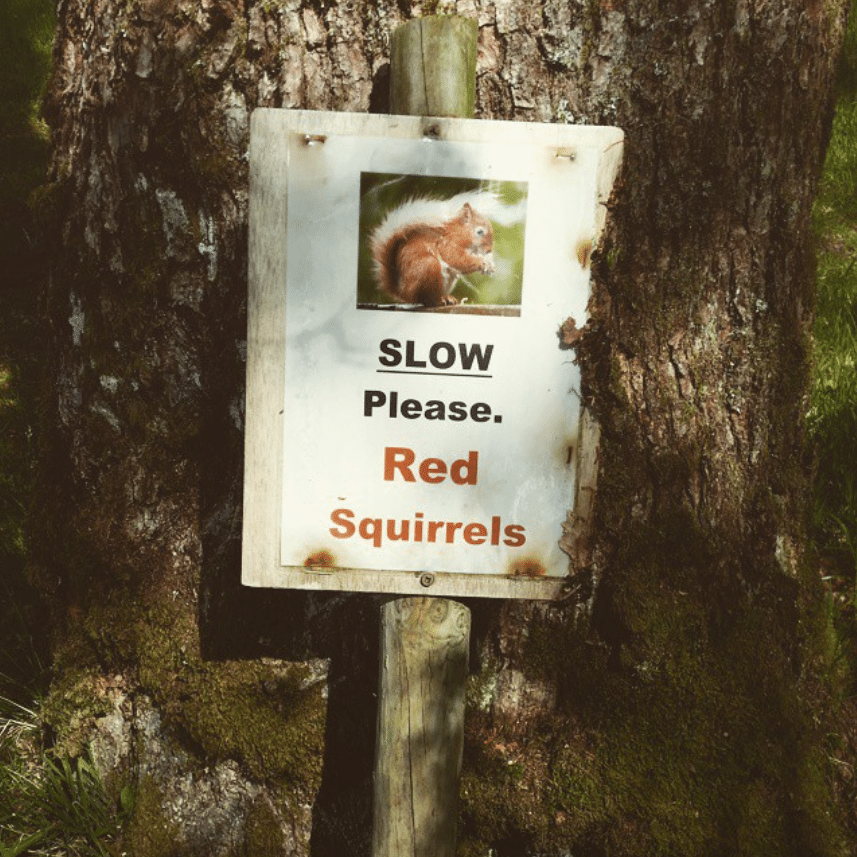 An exciting feeling of transformation…

Environmentalist Matt Mellen heads to Scotland to witness the transformation of an ambitious new project at the Alladale Wilderness Reserve.

Alladale is not a typical Highland estate. Unlike much of the surrounding region, the 23,000 acres near Inverness in Scotland are no longer manipulated by land owner Paul Lister to optimise hunting, fishing and shooting experiences for traditional sporting guests. As a result, the land is gradually changing. What we think of as Scottish countryside – the barren highlands of heather and rock, are not, in fact, natural landscapes. They are the result of ancient deforestation that has been followed and compounded by hundreds of years of overgrazing by excessive deer populations. The Romans called Scottish wilderness “the Great Forest of Caledon,” once covering 1.5 million hectares, today only 16,000 hectares remain. Since then, humanity’s full-spectrum assault on nature has been so sustained that every single large carnivore has been rendered extinct. The wolves, elk, wild boar, lynx, bear and wild cat that roamed the forest are now only present in the fossil record.

If the primary use for an estate is stalking, then an over-abundance of deer serves a purpose – not least because it is profitable. But from an ecological perspective the land offers but a fraction of its full potential – capturing carbon, creating soil and offering habitat as just some examples. In this era defined by environmental challenges and species loss, a new way of thinking about how to manage large estates is emerging and offers a new and fascinating travel adventure. Pioneering this movement is Paul Lister – a maverick land owner with a big vision. When Paul bought the Alladale Wilderness Reserve ten years ago, he was not only struck by the barren beauty of the Scottish Highlands, but also found himself deeply affected by what has been lost and aware that he was in a position to do something about it:

“The concept of returning large Carnivores, like wolves and bears into a large-scale Wilderness Reserve in the Scottish Highlands is not an entirely a new concept, South Africa has developed the blueprint very well. It is the right thing to do morally, ethically, socially, financially, economically and environmentally; especially in an area where there is currently so little opportunity. These are all issues that will be addressed in a study that The European Nature Trust is conducting this year.”

A trophic cascade describes the ecological repercussions of removing species. With large predators removed from Scotland, deer numbers have increased above what the landscape can sustain. This leads to overgrazing preventing tree saplings from maturing and to sad scenes of dead, starved deer in the winter when access to food declines. Constant overgrazing leads to a monotonous, homogenous landscape that lends itself well to commercial shoots but offers almost nothing in terms of ecological services. Like a collapse of dominoes diversity gives way to a simple denuded landscape. Alladale still offers traditional sporting activities like stalking and trout fishing but there is the added element now of seeing first hand a large-scale, ecological restoration project under way. The traditional Victorian highland central lodge has capacity for up to 14 guests to stay in style and two self catering cottages offer an even more remote experience further off the road in from Inverness. These well equipped abodes are the perfect launch pad to investigate the beginning of an extraordinary initiative which will evolve for centuries to come.

Seeing the tenacious, luminous saplings rise up out of the bracken and branch out to embrace the sun there is an exciting feeling of transformation. The next step is to bring back the long-extinct megafauna.

To date, 800,000 trees have been planted and protected from deer by a new fence. This is just the beginning, Lister wants to reintroduce the predators which will naturally control the deer population and in doing so enable the regrowth of forest transforming a part of Scotland for the benefit of generations to come. Striding through the heather with his team Paul observes that he will not be around to see the culmination of this work – but Ryan – a ranger recruited from the reserve estate’s outdoor experience school program will. Out hiking the resurgent lands it was fascinating to hear the complex ongoing work required to do something different with a large estate. Seeing the tenacious, luminous saplings rise up out of the bracken and branch out to embrace the sun there is an exciting feeling of transformation. The next step is to bring back the long-extinct megafauna.

Paul’s long-term perspective and passion has been inspired, in part, by life-changing experiences in Europe’s last remaining wilderness. 99% of European forest has been cut down. Of the remaining 1% half is in Romania. This fragile and precious reserve of wild species is testament to the beauty and abundance of a forest that has never been felled. Lister’s epiphany in the wilderness speaks to the psychological, emotional and spiritual nourishment offered by wild places and spurred him to take action along side other environmental luminaries such as HRH Prince Charles – another ambassador for Romanian wilderness.

Awakened to the imminent threat Lister set up The European Nature Trust to both help protect Europe’s largest remaining wild place and, in Scotland, demonstrate that denuded lands can be brought back to life with careful management. He is a pioneer of the new Rewilding movement and considers himself mentored by other ecological visionaries such Doug & Kris Tompkins (Patagonia/North Face/Esprit) who are also moving fast to protect wild lands in Chile and Argentina.Lister, has now stepped away from his business ventures and focussed all his energy on the restoration and protection of European ecosystems. His vision is to increase the estate size to over 50,000 hectares; enlarge the fence – comparable to those on African game reserves and introduce: wolves, bears, elk and lynx. The ambitious project would create jobs and drive tourism. The scheme is anticipated to draw in excess of 25,000 visitors from year one. However, it is the ecology that really motivates him:

“Its incredible to know that despite the precarious situation concerning climate change, pollution and the extinction crisis only 3% of global philanthropy is targeted to nature and the environment, over 25% is given to religion. Lets not even start to think about what percentage of Global GDP is related to security!” This bold rewilding initiative is widely misunderstood. The Mail ran an early article on the scheme under the headline ‘Howling Mad’. Some people have expressed fear of wildstock losses or worse an attack on children imagining wild packs of wolves on the prowl. However, Lister’s enthusiasm is infectious and he guffaws at doubters. Using slightly more colourful language he boomed: “if we can put men on the moon I think we can keep some animals inside a fence!” Lister maintains a large-scale game reserve will be good for the land, good for the economy and the best possible legacy for future generations but there remain a series of legal hurdles to be overcome before any wild species can be imported. For example, the giant enclosure of wild animals may interfere with Scottish right-to-roam legislation.

It is about time we worked out we share this planet with other species… we can’t survive on this planet alone.

Ultimately, it may be the economic arguments that persuade Scottish lawmakers to evolve their ambitions for the land. Since wolves were reintroduced into Yellowstone National Park wolf-related tourism has been calculated to bring in an extra $35.5 million annually to the surrounding local economies of Wyoming, Idaho and Montana. Ecologically, the impacts are profound and unexpected, a fascinating recent study showed how wolves affect the shape of rivers through their influence on deer populations and distribution.The legal and cultural objections to rewilding may point to the underlying human prejudices that drive ecological breakdown. Industrialisation and development have often pitted humans against nature and since the scientific revolution notions of progress often seem bound to extraction from, and dominance over, the natural world.Paul Lister invites us to think differently about the land, not to accept it as it is but imagine how it could be. The success of post-industrial civilisation may lie in establishing a new relationship with the natural world that is not solely extractive and that leaves room for wildness. As Paul points out “it is about time we worked out we share this planet with other species… we can’t survive on this planet alone”.

Whether you want to go and stalk deer (helping reduce the population), fish for brown trout, mountain bike or hike, Alladale Wilderness Reserve is open for business. Additionally, guests are able to see the fascinating first phase of one of the world’s most exciting and ambitious rewilding projects in action. Seeing the emergence of a complex ecosystem carefully nurtured by these charismatic custodians is deeply inspiring. It also offers us hope. If this taste of wildness is contagious we might see other lands rehabilitated which could become a major part of responding to environmental challenges. Our children could also benefit from greater opportunities to interact with other species. The thrill of seeing a wild bear might soon be coming to these shores.

A stay at Alladale Wilderness Reserve starts at £1,200 per night, based on exclusive use for 12 – 14 guests, minimum three night stay. 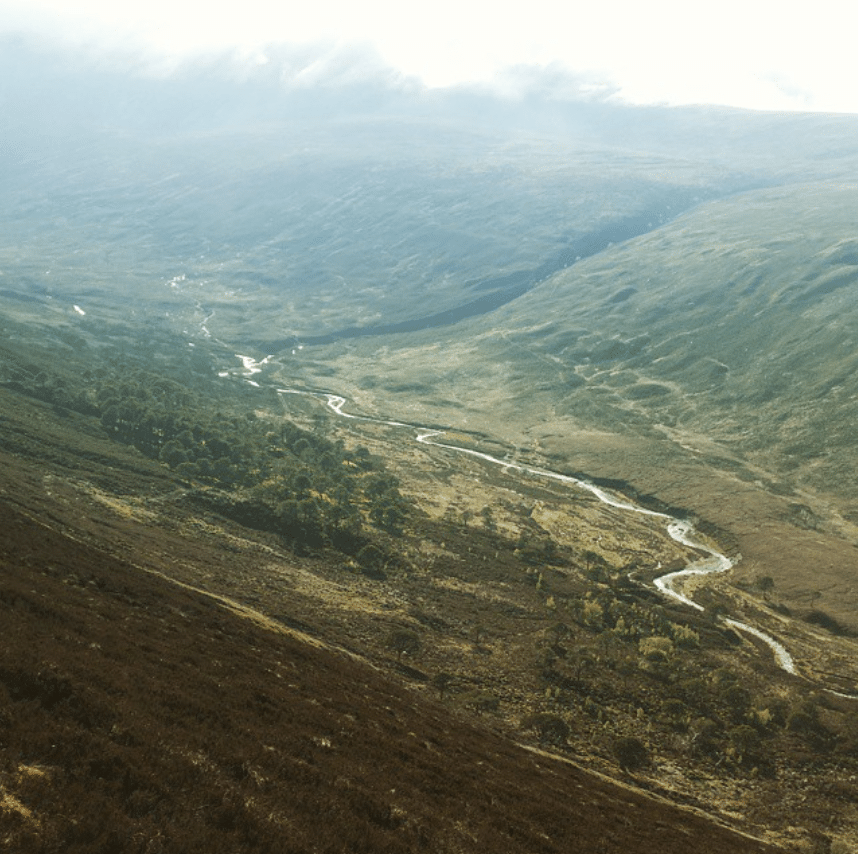 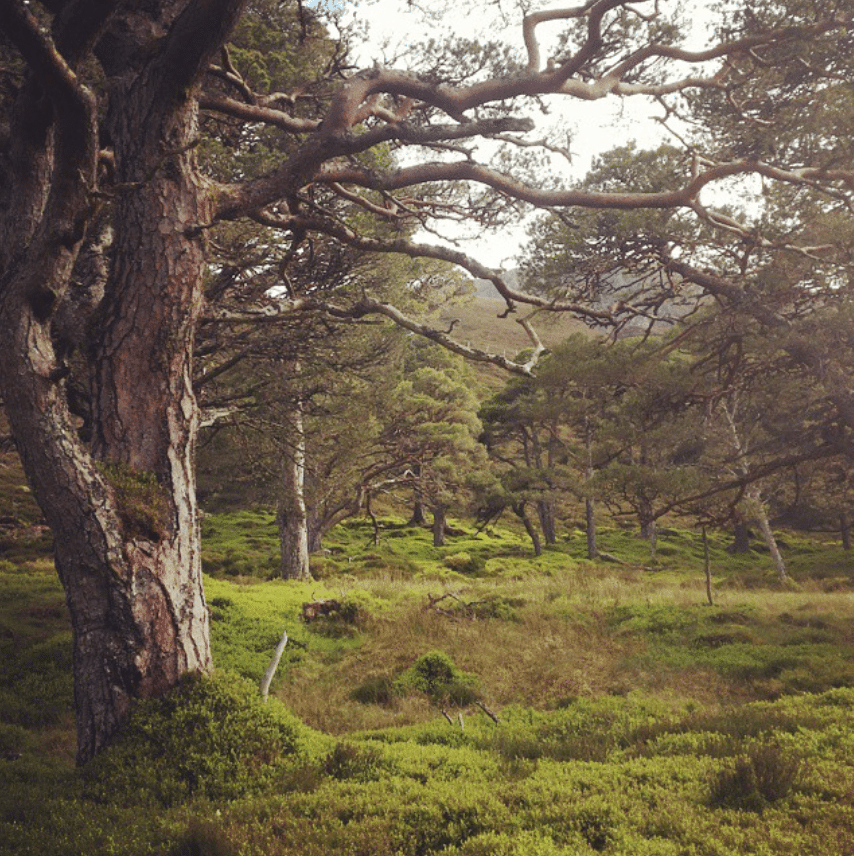 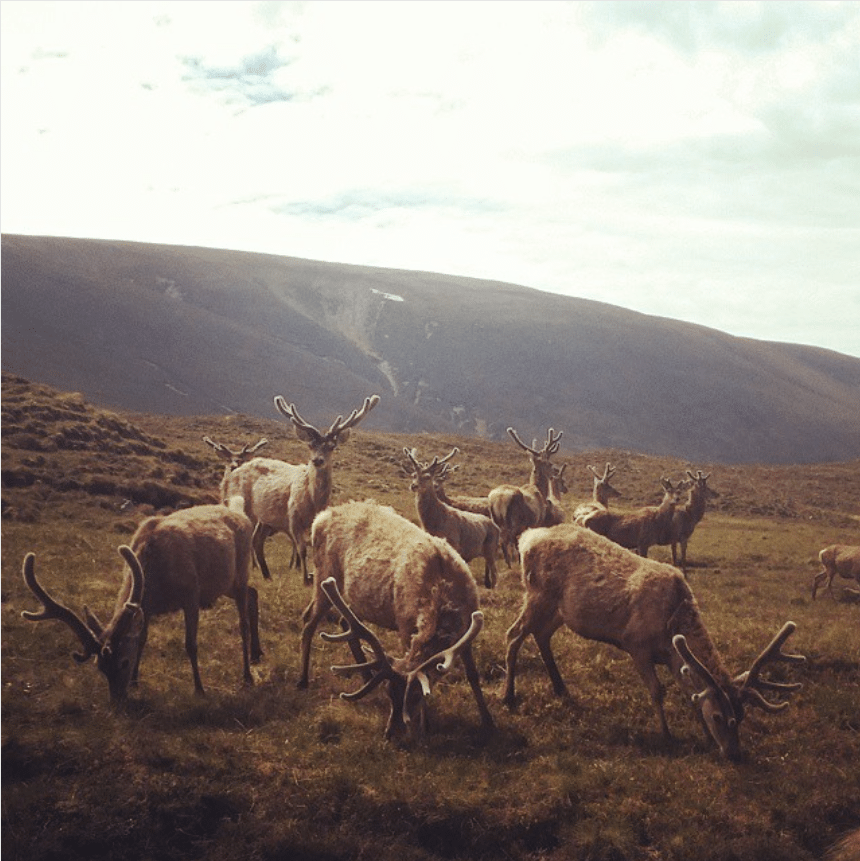 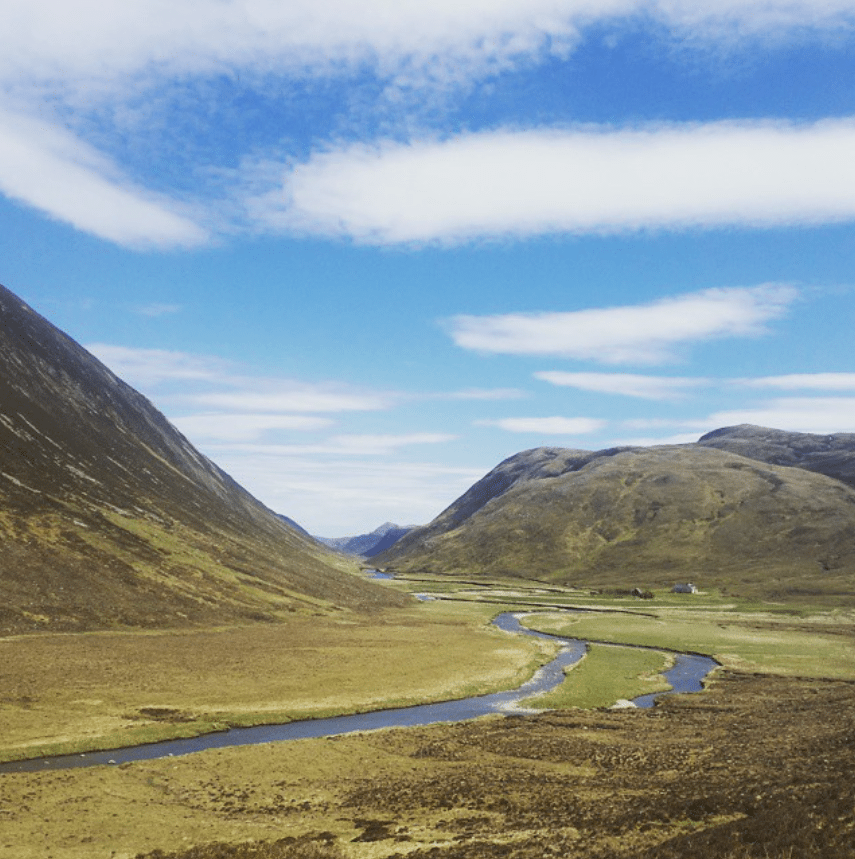 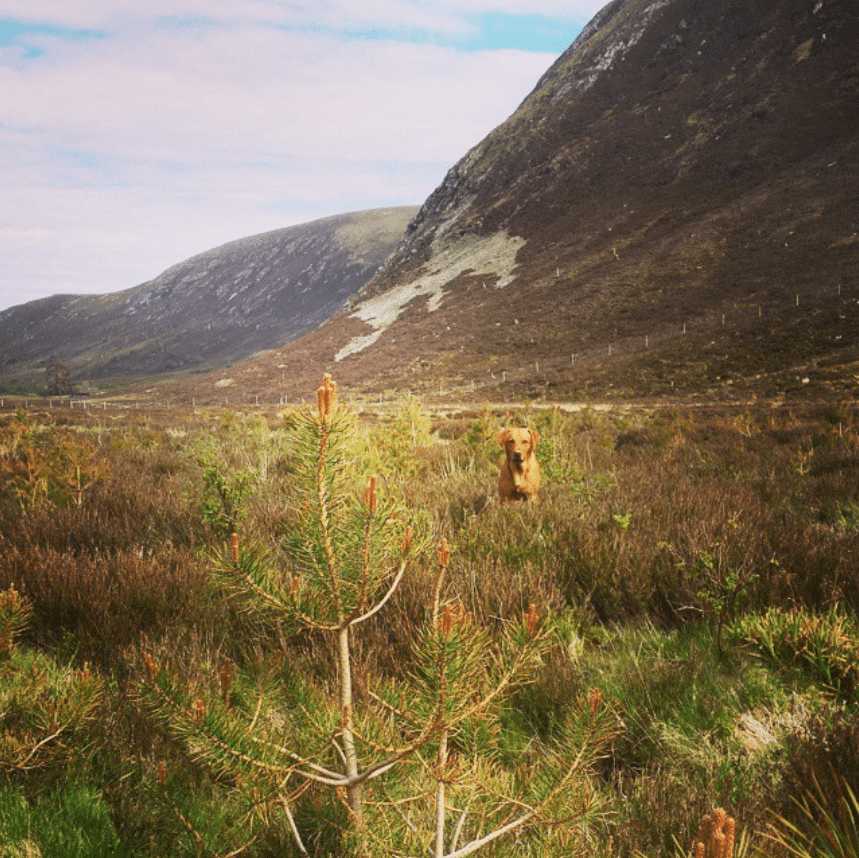 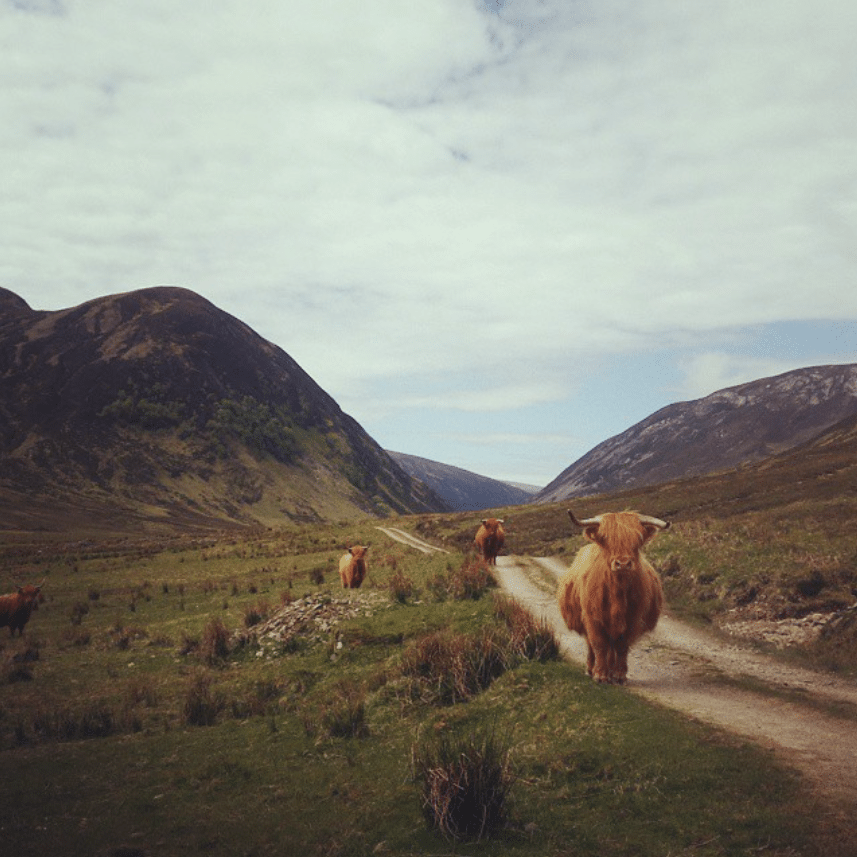 Return To News
Alladale: In Pictures
Heaven on Earth