Launched in the summer of 2020, the first phase of the project surveyed 28 sites within the reserve’s woodland habitat. Over two months, we gathered more than 4,000 images and captured footage of Badgers, Foxes, Pine Martens, Red Squirrels, Buzzards, and many more species. 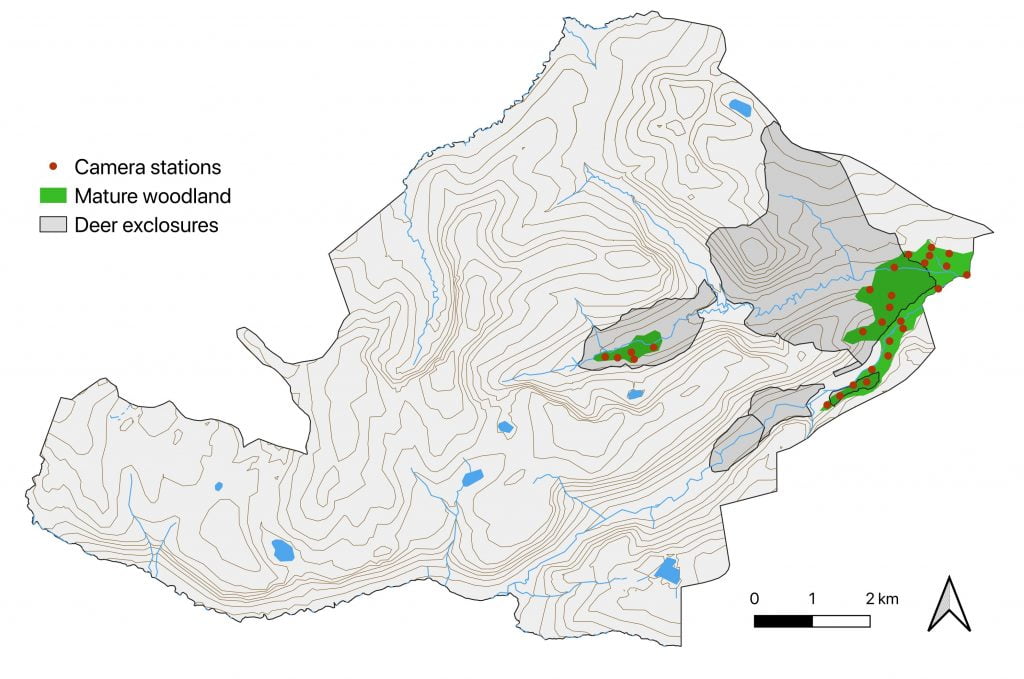 The data from these images will be used to create an inventory of the species that live in Alladale’s woodlands and river systems and will provide estimates of their relative abundance.

Now into its second year, the next phase of the project will cover a wider area of the reserve, including other important habitats, such as the beautiful heather moorlands and peatlands. With support from NatureSpy who have loaned us 18 cameras in support of the project, a total of 30 cameras have been deployed across the reserve and will remain in the field until the end of August 2021.

Through a long-term camera trapping project, we will be able to monitor changes in the wildlife populations on the reserve as we continue to create more habitat for them and rewild the landscape.

We also plan to engage the students at our annual schools’ programme in the project by giving students the opportunity to set cameras up themselves and check the footage in the field. In doing so, we hope to inspire and engage the younger generation in the monitoring and conservation of Scotland’s precious wildlife.